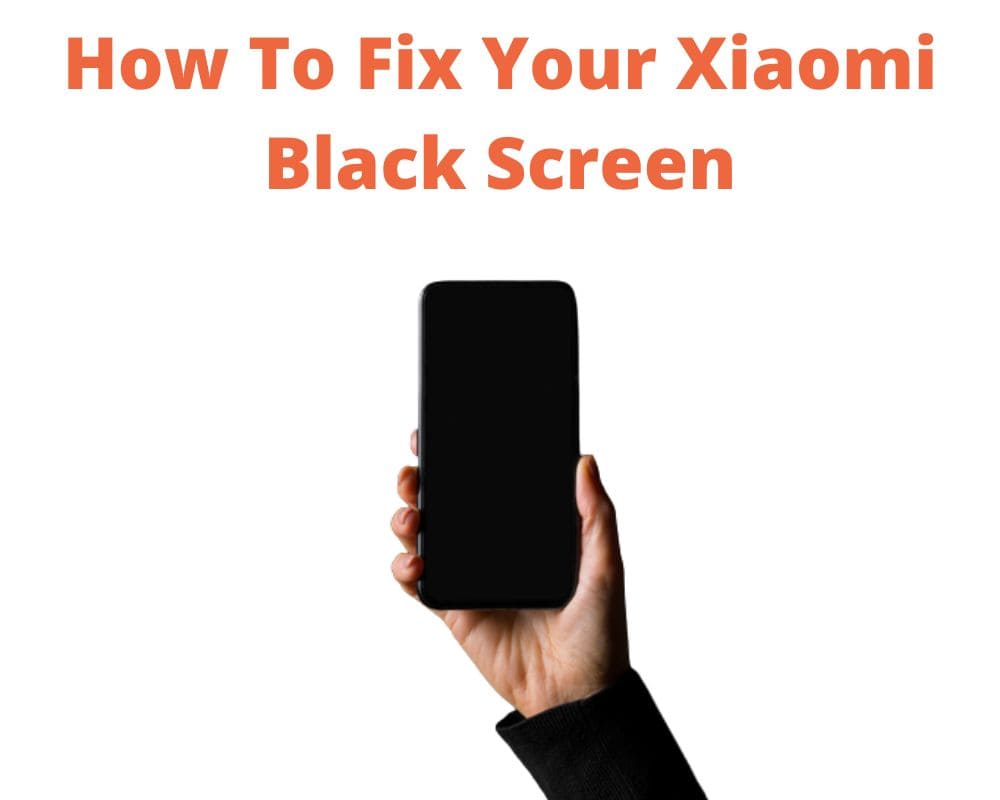 If this works, then a faulty piece of hardware, such as a screen, and faulty connectors may be a problem for Xiaomi black screen of death problem. Some minor issues with the Xiaomi device can be resolved on your own, as with all Android devices.

How To Fix Your Xiaomi Black Screen Of Death Problem?

If you own a Xiaomi, you may have experienced the black screen of death problem. It’s usually due to a problem with the charging port or battery dies or defective connectors. Luckily, there are 7 easy ways to fix this issue for good!

Ensure The Power Button Is Not Obstructed

The power button on your Xiaomi smartphone allows you to power down the device, restart it, and enter various bootable modes. Thus, a jammed power button can result in multiple issues such as xiaomi black screen of death problem.

Initially, a jammed power button may cause your Xiaomi to enter a reboot loop, or you may wind up in a powered-off state until the button is fixed. Lint, lotion, grime, and any other debris it acquires from your pockets while on a table or elsewhere might cause the buttons to become jammed.

You might try rapidly pressing the button a few times to release any lodged debris. You can also use a sharp tool to remove excess debris, but be careful not to damage the button by being too aggressive.

Debris in the charging port is one of the many factors that might contribute to the Android Xiaomi black screen of death problem. You can again use a sharp object to poke within the port and attempt to clean it, but you should not be invasive.

You can accomplish the task with a toothpick. Please verify that your Xiaomi has been returned to its original state after cleaning the charging port.

Wait Until The Battery Dies

Since it is impossible to operate the touchscreen, even though it appears to be receiving calls and texts but does not display anything, you must wait for the battery to expire.

Note that it will take some time for your Xiaomi to drain the battery, as power consumption is at its lowest with a black screen.

As a result, you will have to wait a little longer, but as soon as the battery is entirely depleted, you can recharge it and determine whether or not rebooting the phone was successful.

You cannot utilize the screen, which prevents you from powering down your Xiaomi in the hopes that a fast reboot will fix the Xiaomi black screen of death problem.

Android smartphones also include a forced reboot mechanism that utilizes physical buttons. You’ll need to use Power + Volume Up, Power + Volume Down, or other combinations if your device has more than three buttons.

This procedure is only recommended for professionals due to its inherent danger. Other people can bypass this and examine our remaining methods. It doesn’t matter if your phone has an LCD, IPS, or AMOLED display; it still needs a pogo pin connector to communicate with the rest of the device.

If your Xiaomi’s display and other components are not tightly connected. The system will not be able to display any interactions even if the system is otherwise working normally.

You can use the safe mode to determine what’s wrong if you frequently have a Xiaomi black screen of death problem issue that finally resolves itself. All third-party applications and processes are disabled in safe mode.

Even in safe mode, if your Xiaomi displays a black screen, the issue could be hardware-related or software-related.

To activate Safe Mode on your Xiaomi device

If you wish to resolve any app problem permanently including the xiaomi black screen of death, you can try a soft or hard reset. Back up your saved data and settings before a factory reset, as they will be erased after the reset. To carry out a “wipe data/factory reset,” you can either use the on-screen “Reset the phone” option found under “Settings,” or you can perform a hard reset. If you are familiar with using ADB tools. You can also use your computer to return the device to the settings it had when it was manufactured.